(Picture is available for purchase from ElouiseRenouf on Etsy)

In my browsing for lovely artwork for Wordless Wednesday, I have come across the wonderful little website of Flora Waycott. She has some absolutely beautiful images and patterns on her website, as well as details of where you can purchase her prints (including online through Etsy).

This is one of my favourite, craft-themed images.

Sewing and making by Flora Waycott

I came across these wonderful pictures by Tracey Walker. She also does amazing paper cut pictures – so much detail! You can buy her prints on her Etsy page.

This picture really caught my eye and makes me smile. I hope you like it too!

Sparkly, red and raises money for the wonderful organisation that is Chestnut Tree House.

Chestnut Tree House Children’s Hospice is currently running the Big Heart Auction of artwork from Sussex based and national artists. The money raised will be used to help provide specialist care both at the hospice and out in the community in the families’ own homes. But it is not just care for the child or young person, Chestnut Tree House also provides support for the whole family including siblings and grandparents, as well as psychological support and pre and post-bereavement care.

I will be posting pictures of some of my favourites all this week. I may have also put a couple of cheeky bids on some – fingers crossed! Bidding is open on Ebay until 7pm on Sunday 8th March. Good luck to anyone bidding.

Personally, I love maps.  I studied geography at university, which probably has something to do with it. I made this at the start of the year as a present for one of my sisters friends, but it took a while to get to her!

While browsing in a posh shop, my sister saw a map picture she liked. However, it was nearly £40, so she asked me to make one as a present for her best friend (who I know also has a soft spot for geography). Now her friend is Irish, so the first step was to rip out the Irish map pages from my mums road atlas (sorry mum!) and pick out some meaningful locations. My mum has since got horribly lost when driving as a direct result of some other key pages becoming loose and falling out. I then got my husband to buy a Ribba frame from Ikea on his way back to Brighton.

I did think about buying a heart shape punch, but in the end decided to make origami hearts.  I used instructions from Origami Club which I found on Pinterest.

I did a sample origami heart first, and marked on it the sections of paper which form the top of the heart. I had to jiggle around the template to make sure the requested locations were visible on the origami hearts.

I then had a think about backgrounds. I could have stuck with white (boring) but then I tried using the map as the background instead. One of the hearts was more sea than land, so it looked fine on a map background, and the other heart was more land, so I manoeuvred the background around so it was on mostly sea. I then glued it down with a few dabs of mod podge and left it to dry. Check out the finished frame below. I’m pretty pleased with it! 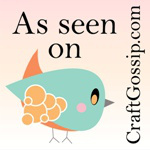